Skip to content
Jake Gallagher worked as a child actor in films like City Slickers and A Dangerous Woman before...
Read More

Gallagher, better known as Logan Gallagher, was born on December 19, 1980, in Los Angeles, California. The son of director Stephen Gallagher and producer / screenwriter Naomi Foner, Jake and his sister Maggie have been acting since childhood. Some of Gallagher earlier films included City Slickers, in which he played Billy Crystal's son, and A Dangerous Woman, directed by his father. The young Gallagher graduated from Los Angeles' Harvard-Westlake High School and studied for a year at Columbia University in New York before dropping out to pursue acting.

Gallagher, better known as Jake Gallagher, was born on December 19, 1980, in Los Angeles, California.
Maecenas in orci enim. Maecenas eu nisl dapibus, blandit massa sed, sodales leo. Donec a semper velit. Duis sed porttitor urna, sit amet ullamcorper lorem....
Read More
He appeared in two other successful movies in 2005. He played Andrew in the biographical drama war film ‘Jarhead’ which also starred Jamie Foxx and...
Read More
In his first leading role in ‘October Sky’ in 1999, he played Homer Hickam, a coal miner’s son who becomes a NASA engineer through his...
Read More
Being a star doesn't last. That's not what life should be about. It's a complete illusion that really has nothing to do with you. For me, finding out about life is the most important thing.

In order to make the trandformation from child to adult actor, Gyllenhaal purposefully passed over teen fare for such films as 1999's October Sky and Donnie Darko (2001), co-starring Drew Barrymore and sister Maggie, for which he earned an Independent Spirit Award nomination. Several of the roles that followed echoed former projects in complexity: Gyllenhaal played Jennifer Aniston's troubled love interest in The Good Girl (2002), while in Moonlight Mile...

"I hope that when the world comes to an end, I can breathe a sigh of relief, because there will be so much to look forward to."

In 2005, Gyllenhaal portrayed Anthony “Swoff” Swofford in Jarhead, Harold Dobbs in Proof, and Jack Twist in Ang Lee’s Brokeback Mountain. For his...
Gyllenhaal has always been one to take on challenging roles in provocative fare, dating back to his breakout role as a troubled teen...
Jake Gyllenhaal and Heath Ledger in 'Brokeback Mountain' "I wasn’t really quite sure where he came from, and I think that’s the feeling...

In spring 2002, Jake also starred on the London stage in Kenneth Lonergan's revival of This Is Our Youth. The actor received an Evening of...

Jake Gyllenhaal range of roles is just phenomenal. The good thing is that he knows that he is in demand and is making full use... 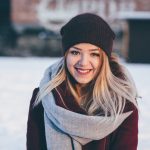